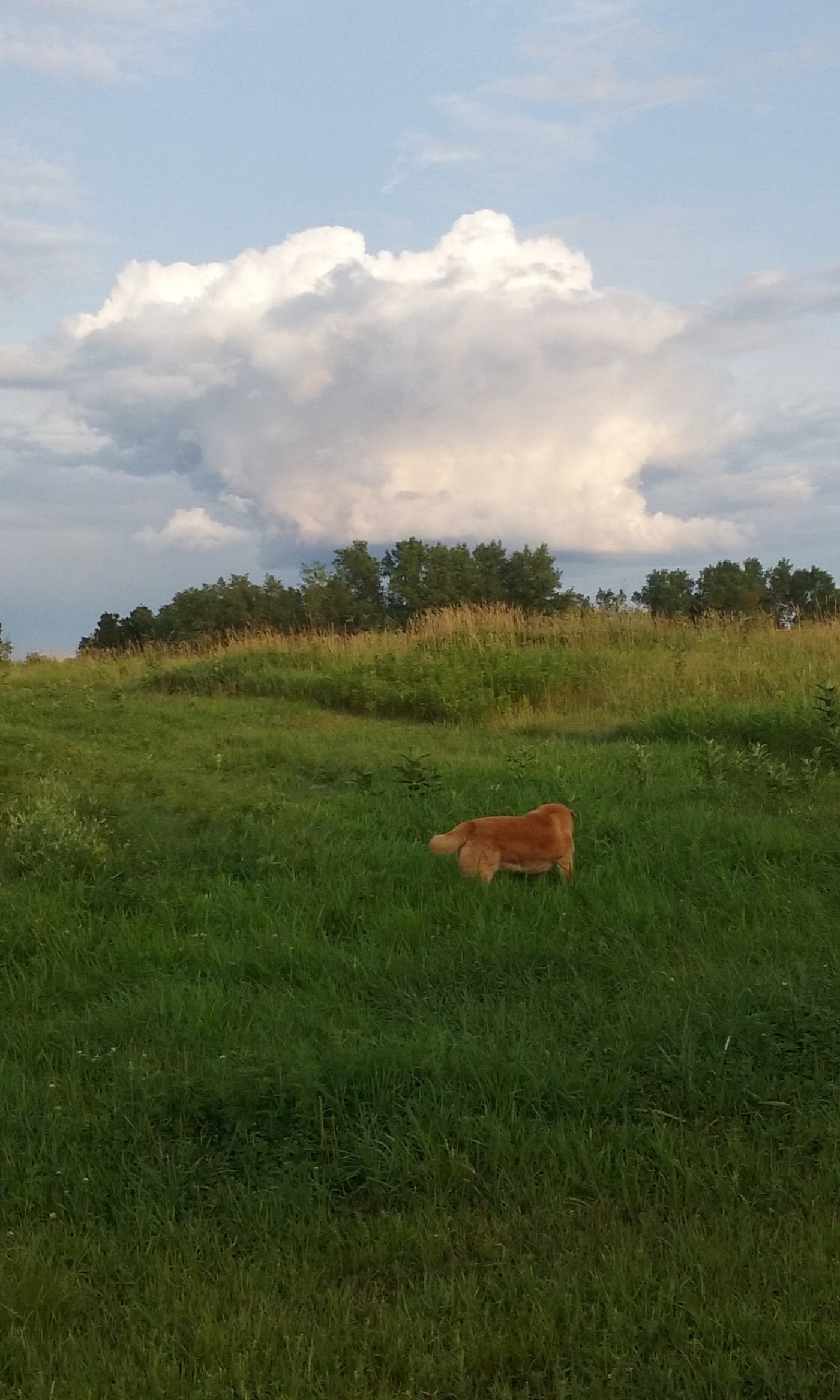 At the far end of Mason Street in Stevens Point, you’ll find over 30 acres of doggie heaven that you simply must experience if one of the great loves of your life is of the canine influence.

I don’t know what took me so long to get there, but last weekend was my new doggie’s first visit to the dog park. If you haven’t been there yet, you really must go. If you aren’t sure where it is, Mason Street is directly across from the 1927 Union Cemetery off Water Street, and if you go all the way to the end, you will find it.

As far as people are concerned, it’s not much to look at. Just a great big empty field surrounded by a fence, with a few benches here and there. But for a dog, it is absolutely the most marvelous place, a kaleidoscope of all things that make a dog happy.

My dog and I have gotten to know each other pretty well over the last six months, and life has been good. However, I was not sure how she would react to being completely off the leash and around numerous other dogs.

I brought her through the double gate on a 20-foot tie-out with her regular leash attached to one end, so I would have something to hold on to in case things got out of hand. I also armed myself with a bag of tiny little pieces of cheese.

A few weeks ago I consulted a local dog trainer who taught me about the magic of cheese. In an attempt to get my dog to walk more and sniff less, and to try and minimize the sudden bursts of charging at birds, squirrels and rabbits, we began working with a pocket of cheese to help her learn to focus more on me when things get intense.

I’m very happy to say it works. Everyone loves cheese, and dogs are practically willing to fly to get some in their lives. So it was important to bring our little bag-o’cheese for our first visit, to ensure complete compliance if it became necessary.

We proceeded cautiously away from the gates, and as each family approached with their dog or dogs, I would explain that this was her first time here, and we were taking things real slow. Everyone was very understanding and welcoming, especially one lovely young woman, who was there with her husband and walked along with their child in a stroller, their dog bounding about them as they went.

She explained that dogs will be dogs, and not to be too worried about the interactions. “They tend to work things out on their own,” she said. She also described how the park was laid out, and that unless the grass was very high, you could see your dog wherever it might travel within the park. That sounded good to me, so we headed out into the field, poop bags at the ready.

We headed around the perimeter, and things went very well. Each time we would pass another family with a dog, we’d stop and chat while the dogs sniffed a bit, and then move on. At first she walked slowly, but as we went, she caught on to the whole experience and began to run now and then, and move more freely and confidently. We were both having a good time.

Once we got back to the front of the park, I was feeling pretty good about things, so I took off the tie-out cord and let her do her thing. She broke and headed off down the fence to the far corner, in the deep grass. I wasn’t too crazy about following her, being it May and thus tick season, so I watched from the path and called to her now and then.

I think my dog is part sheep, as she tends to eat a lot of grass. She was really loving the tall stuff, and there was a lot of it, so she stood in the thick of it for a good 10 minutes before I could talk her into moving along the path.

She did an about face quickly and ran back to me, but zipped past and continued for about 20 yards before doing another about face and zipping back in the other direction. It was like she was giddy from the freedom and just couldn’t stop, which made me laugh.

She zipped back and forth this way, increasing her speed each time, a half dozen times before I rattled the cheese bag. She skidded to a complete stop in front of me, a look of expectance on her face. Affirmative, the power of cheese was still working. I just needed to check. How nice it was, to walk along without worrying about crossing streets and looking for cars, or worrying about growling dogs threatening from their porches. How nice to not have to worry about sudden charges at birds, squirrels and rabbits.

How nice to just walk along without really any concerns at all, and just enjoy being outside and together. I thought how wonderful it was that someone had this great idea, for all of us to be able to enjoy our dogs this way.

We went back on Memorial Day in the rain, and she enjoyed that as well. I watched from under an umbrella while she ate grass for 10 minutes, then cavorted here and there, sniffing the thousands of amazing smells that live at the dog park.

I noticed that she would keep an eye on me as I walked, and kept up, without me having to call to her at all. She found a few wet, messy puddles, but I didn’t care. Dirty dogs have more fun, and now that we have found dog heaven, I want her to enjoy her time there as much and as often as she can.