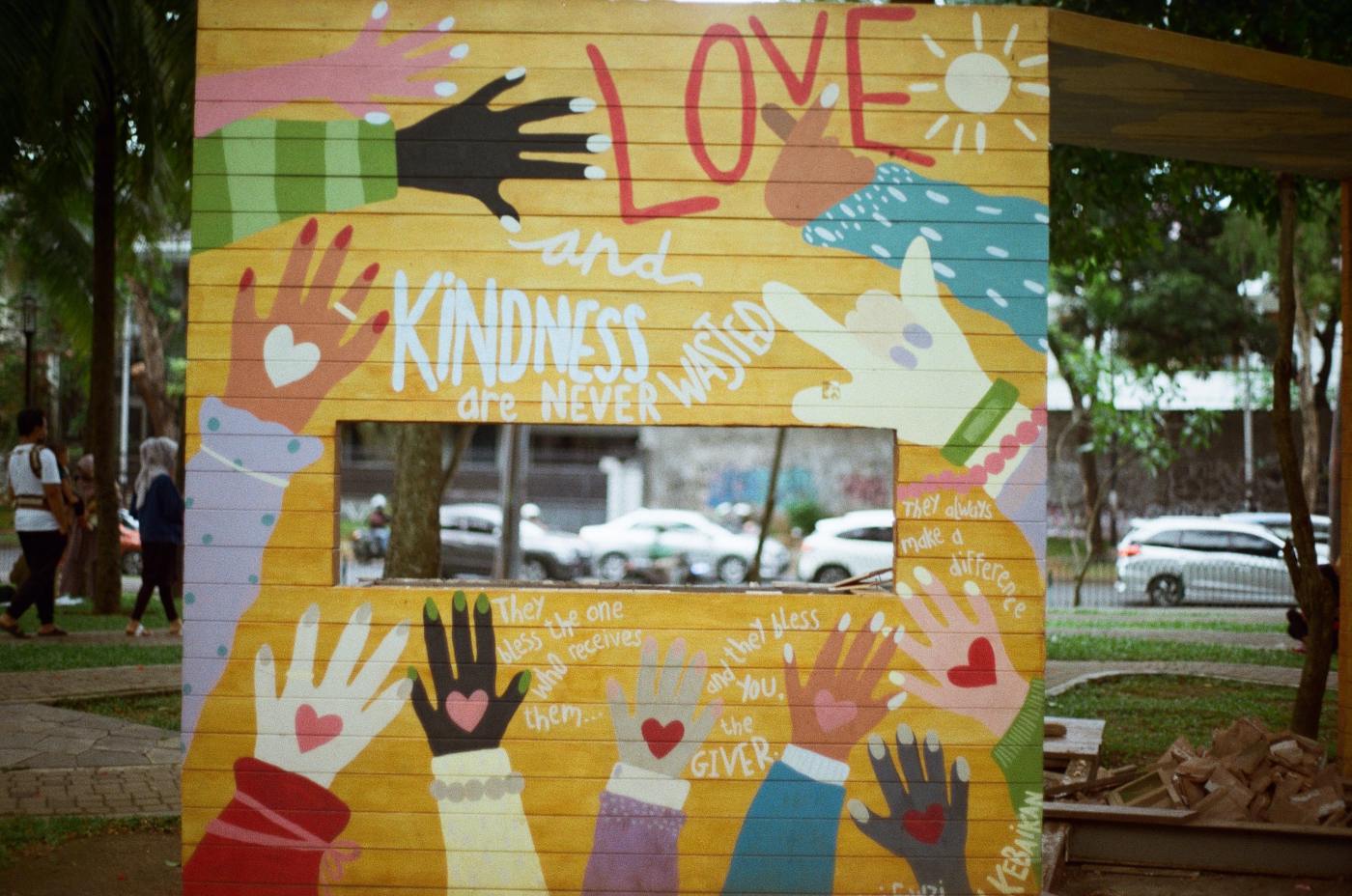 Last week as I was walking to work, noticing little things along the way as I always do, I spotted something quite different. As I passed a home in mid-block where I had crossed the street – yes I am a chronic jay-walker, rebel that I am – I noticed that someone, I assume a young person, had drawn a pink heart on the sidewalk with chalk, at the foot of the walk that went to the house.

I assumed it was their house, and that’s why they had drawn the heart there. I thought it was sweet, and it cheered me up as I walked.

As I turned the corner on the same block, blue chalk hearts now greeted me at the foot of each walk that went to every front door. I don’t know if it continued around the whole block, as I needed to get to work and did not have the luxury of time to continue exploring my curiosity with the mysterious sidewalk artist. Still, it gave me a lift that lasted quite a while and got me thinking.

After all, it did inspire this article – and how many lives does that touch? Such a simple thing, and yet what cheer it brought. Didn’t cost a thing, just a simple act that took a few minutes and was probably a lot of fun to do. They might not have even realized how it might affect anyone else at all.

It made me think about how many times we don’t bother reaching out. How we hide behind doors, walls, cell phones and excuses and deny ourselves the opportunity for positive interaction with others. How we let fences grow between us. How we work toward keeping ourselves apart and let our differences divide us instead of using our efforts and sensibilities to bring ourselves together.

I’ve always disliked this about human beings. We seem to want to form groups and clubs initially to get together with similar souls, to gravitate toward others that have the same view of the world as we do. But what that does many times in spite of our good intentions is create a state of exclusivity, and that causes other problems.

I saw this growing up, even in my very limited, Midwestern white girl, all-Catholic world. People seemed to completely dislike other people simply because they went to a different church, or were jealous of something their parish had that ours didn’t, or were upset because things were done differently there than at our church.

I could never understand the idea that if churches were built on the concept of love and the purpose of drawing people together, how they could also generate such anger and hatred amongst the same parishioners. I still don’t.

As a kid, I had always found that learning about people who were different from me and how they did the same things in a different way – and many times a better way – was a very interesting and valuable thing. It made me want to seek out as many unusual people as possible in order to stretch my world and its limits further and further all the time.

I still do this. Even when I find someone whom I disagree with, I try to understand how they came to have this particular point of view. It’s not always a successful effort, but it is always interesting and helps me see things in a new light. It helps me understand why I feel as I do about certain subjects and either confirms them more solidly in my head or makes me adjust the way I was thinking about it in the first place.

I like this. I like having a new perspective and seeing things in a new way, even if it is only slightly different. I understand everyone has comfort zones that they like to stay within to feel good, but I always encourage people to try something new, go somewhere you’ve not been before, talk to someone you might not normally strike up a conversation with. You just never know what amazing things might come of it.

In other words, break down those barriers. There will always be people building up walls and excuses to stop us. Those walls prevent us from interacting, from learning, from growing. I don’t know about you, but that makes me want to tear down every wall I encounter. No one is going to prevent me from expanding my world, my thoughts and my experience.

There’s so much out there to know, so many people who have a story and something to teach. It’s a gift just waiting to be discovered, and I want to discover as many as I possibly can.

So I’m telling you right now to get out. Get out of your box, literally. Walk outside and sit on your front porch for a while. Smile and say hello to the people who pass by. Wish them well. Pick some flowers and give them to someone who would enjoy your company for a little while. Buy someone an ice cream cone – perhaps that stranger standing in front of you in line.

It might be their birthday. Or they might have just gotten some bad news from the doctor. Or it might just be another day for them without anyone smiling at them or talking to them. Be that person who breaks the pattern, the monotony.

Reach out and see what happens. It might be returned with something wonderful, something mediocre or completely ignored. But it will have an effect, and that’s the idea. Be someone who affects others. Surprise people with a random positive act. If nothing else, you know that you tried, and that will feel really good.

We can take a chance, reach out and hope for the best possible outcome. A choice of love and positivity. I hope that’s the one you choose, again and again. Just imagine how much more amazing the world will be as a result.

Photo by Ditto Bowo on Unsplash