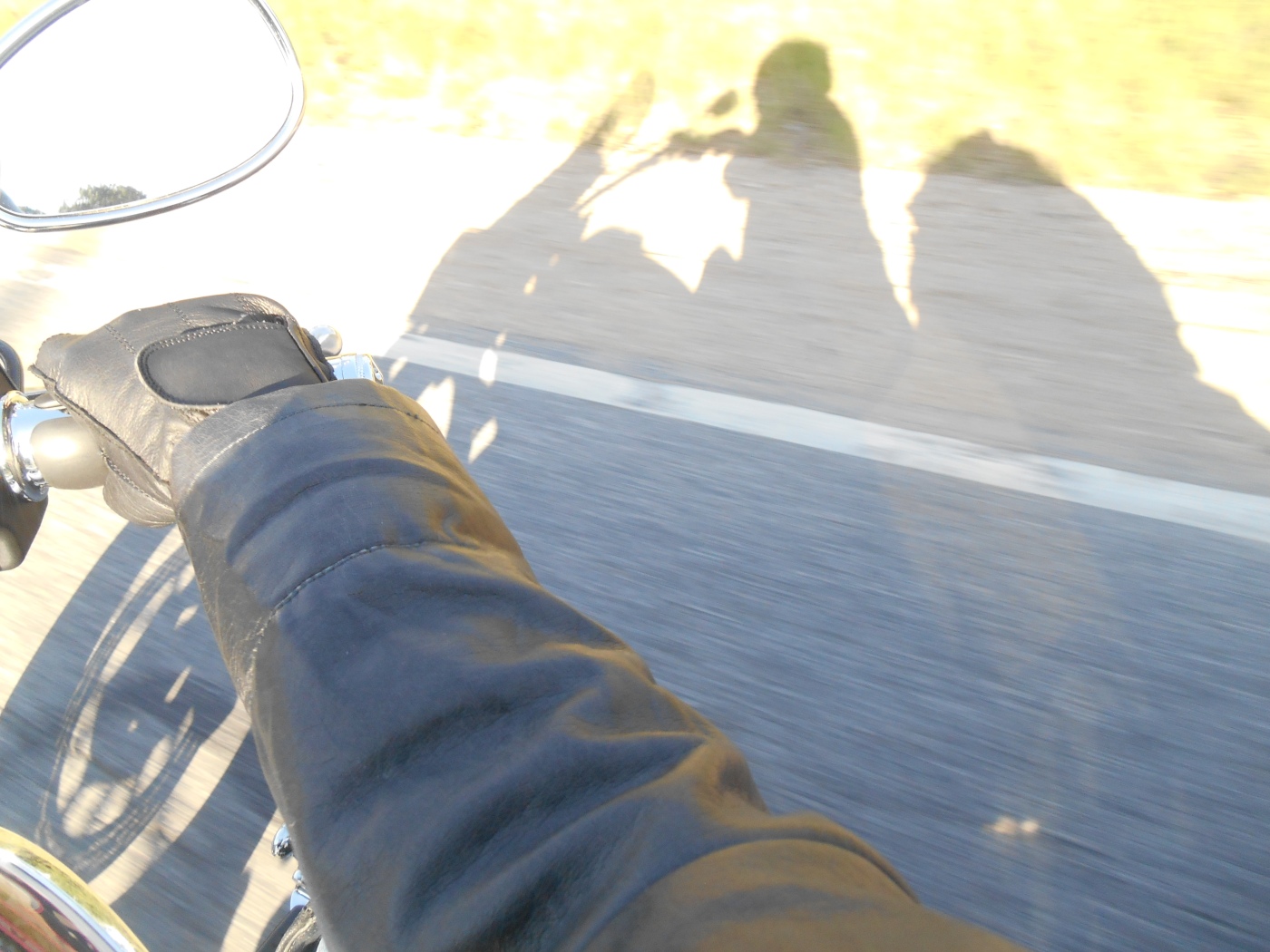 This spring has been absolute torture for a woman who rides.

Last year at this time, I was preparing for a two-week, cross-country ride, and I had started that preparation in February. I spent months making plans and lists, gathering and purchasing items for the ride, and doing test rides to make sure I was packing things properly and also to train myself for long hours in the saddle.

Good thing it wasn’t this year!

This year we have had a lot of late snow, and in early April two feet of it was a bit much for those of us who had already activated their motorcycle insurance. For those of you who live in the warm climates, us cheapskates cancel it between Thanksgiving and April Fools Day, because typically there are no nice riding days, and the streets are covered with salt.

Of course there are those who are exceptions to that rule, and I tip my hat to them.

However, here it is the start of May and I have yet to ride. This is starting to make me a little crazy, and I have been yearning to get out there on two wheels. Why haven’t I, you ask? The snow’s been gone for awhile now.

Yes, it has. However, I realized that my tires need replacing and that took awhile to get around to. Mainly to save up for, because motorcycle tires aren’t cheap. I was going to pay for it with my tax return, but ended up paying in this year, so that pushed things back a bit as well.

When I made the call, I was assured the tires would only take a few days to come in. That was over a week ago, so I called, only to be told that the reason things were taking so long was because the rear tire was on back order. Deep disappointment followed, not just for a few minutes, but more like a week.

Every time I pass a motorcycle, I feel a pang of envy. As I roll down the road in my car, I imagine how it would feel on my bike. I glance down side roads on my way to work, remembering rides past and the sadness of knowing that it’s already May and I am still waiting to get out there.

On the weekends, I hear the roar of motorcycle engines going past while puttering about in the house and my teeth grind. It is truly torture.

In an effort to console myself, I pulled out all my gear and went through it. I bought some patches for my vest, painstakingly arranging them again and again in different configurations. Layout is imperative when you’re trained as a graphic designer. When I finally found something I liked, I took pictures of the layouts and sent them to my buddies for their input. 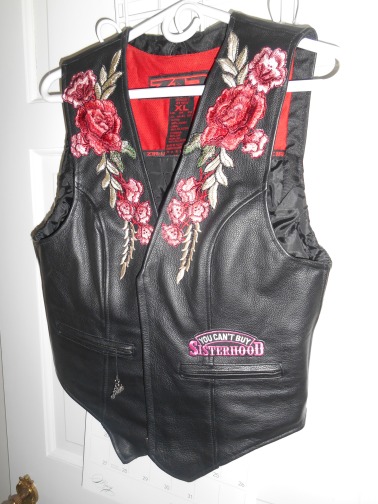 Above: Roses are a sign of strength to me, so I thought it would be a good thing to add to the vest. Plus, it’s just difficult to look like a lady under all that leather, so I wanted something to differentiate me from the boy riders out there as well. I’m very proud to “ride my own.” 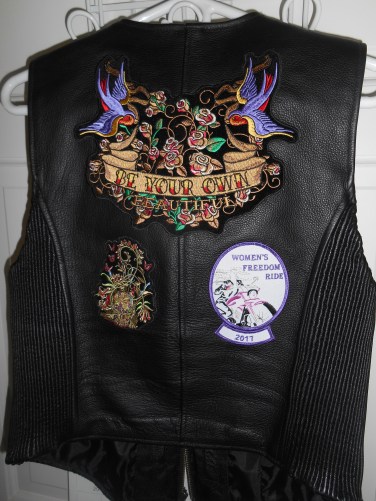 Above: There are a LOT of patches out there, but not a lot of well-designed, attractive ones with positive messages. It took awhile to find “Be Your Own Beautiful,” which I think resonates with who I am, and what I write on this blog. I needed a patch to balance out the Women’s Freedom Ride patch, so I purchased one with flowers growing around a skull. What’s up with the skull thing all riders seem to embrace? Well I wondered that myself. It’s not to scare, or a sign of being tough… the skulls represent the fact that under the skin we are all the same, and our time is limited here. It’s sort of a reality check, and I like it. 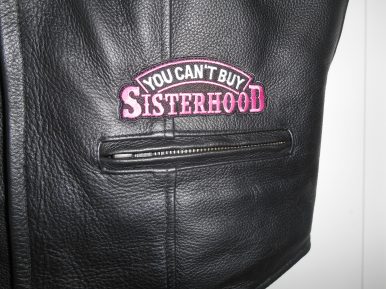 Above: I didn’t earn this patch per se, I purchased it at the end of my big ride last summer from the woman who organized the ride. I didn’t want to wear it without having felt it and understood it. Having ridden over 4,100 miles with these ladies, I felt I had more than earned it, and understood the bond between riders on the road much more deeply than ever. 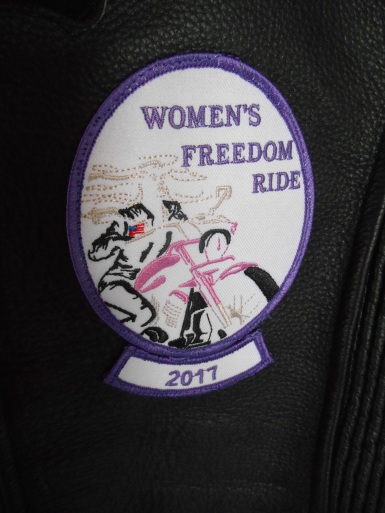 Above: The patch I earned as a member of the 2017 Women’s Freedom Ride. If I participate in future rides, the “rocker” patch with the year on it will go beneath the 2017 one. You’ll notice there is plenty of room for more there!

Once we reached an agreement, I headed to the seamstress to get them applied. While we were chatting, I was pleasantly surprised to discover that she had ridden bikes in the past, and was familiar with the culture of riding. Bonus!

It only took a few days for the vest to be done, and it was perfect, just like my layout. I originally liked the plain black vest without the patches a lot, but a friend suggested I rethink that. “You went on that epic ride last summer, and you earned those patches. I would wear them proudly.” She told me.

So now I am, or I will… once those tires are on. Hopefully soon!

The Women’s Freedom Ride has been an annual event since 2012, encouraging women riders and raising money for disabled veterans in the process. For more information, go to http://www.womensfreedomride.org/